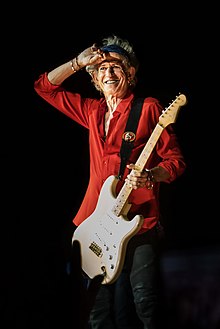 No. I learn by listening. You have to listen to every song. That is always the best way. If you look at a band, every band has the same thing. The singer, the guitar player, the drummer, the bass player. It’s really hard to do well and get along when the music is as bad as it sometimes can be. I think you just need to be able to learn it very, very fast. Just learn it with your eyes.

How long have you practiced the new song? Is it different from the one you recorded on last year’s ‘New World’?

The new one is about 10 minutes shorter. I’ve been listening to the whole album since its completion, to make sure that I am not missing anything. I listened to it for a bit but was not able to really learn it with my ears so much as it turns out to be. I’ll probably have to put it away and listen to it again later.

Would you consider yourself a beginner or a veteran of the music scene?

It’s difficult to say what I’m a beginner. I learned just by listening to a record that came out. I feel like the more material you listen to, the more you grow out of it. I have my own style, but I think most people can learn music just by listening to songs. It’s all about the right time to listen to the right material. It’s all a matter of how good you are at listening, not with the amount of music you listen. It’s just how good you are.

No. That’s not my style, but my parents gave me a little piece of music when I was little. It’s just jazz. I can play something really good.

Which bands of your childhood would you consider the best?

I have to do with my father, the Grateful Dead.

If all you wanted to do was be like them and have a nice house full of music in the desert, what music would you create?

I would listen to Bob Dylan (I have this little CD with ‘Dead’ on it with tracks that I have been listening to). That’s probably the most classical music I would listen to. That’s always been my dream since I was a kid. I think classical music can be really difficult to play, but when it’s done right, the results can be really beautiful. Just a lot of passion and love.